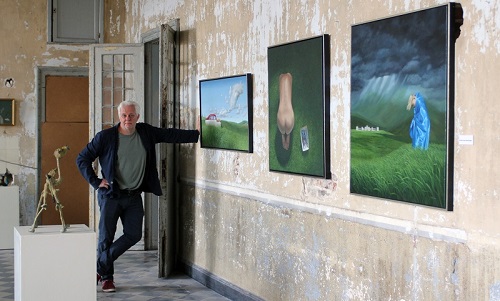 Peter van Oostzanen was born in 1962 in Leiden, the Netherlands. His passion for drawing and painting has always run deep trough his veins. He completed a training at the Nimeto, a vocational school for creative professionals. Afterwards he started working as an artist at Hypsos, a design company that makes brand experiences, exhibitions, interiors and museums. After a serious traffic accident he decided to focus on his art, creating paintings and practicing different types of painting techniques.
This period was of great importance for the development of his personal style and technique. At that time it was not done to paint something that came even close to realism, but Peter decided to go against the grain. He sticked to his own ideas and fantasies and developed his own signature in a magical realistic style.

His work contains an explosion of colours and is set in a world full of fantasized reality, in which everyday objects are placed in a new or unusual context.
Strange devices on high rocks, fish with wooden wings sliding through the air or abandoned buildings or vehicles in strange places, nothing seems impossible in Peters world. His paintings have the ability to amaze and alienate, but at the same time give you a feeling of recognizability.
He gets inspired by life in general, often they are casual observations that amaze him and make him think. After a while he sees what kind of spin he wants to give to that. The sketches of this ideas form the base of further development until the concept of the idea is clear. This results in skillfully and precisely made paintings, merely in oil colours and painted according to the methods of the old masters. 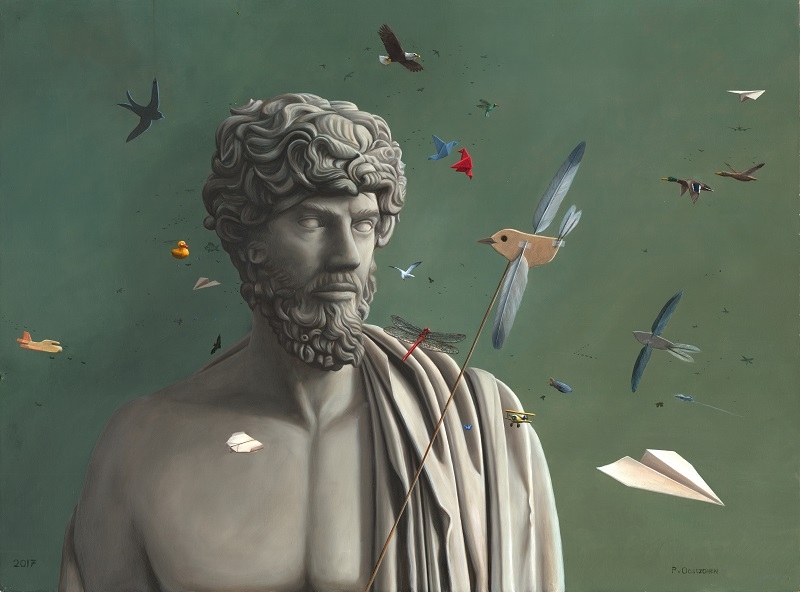 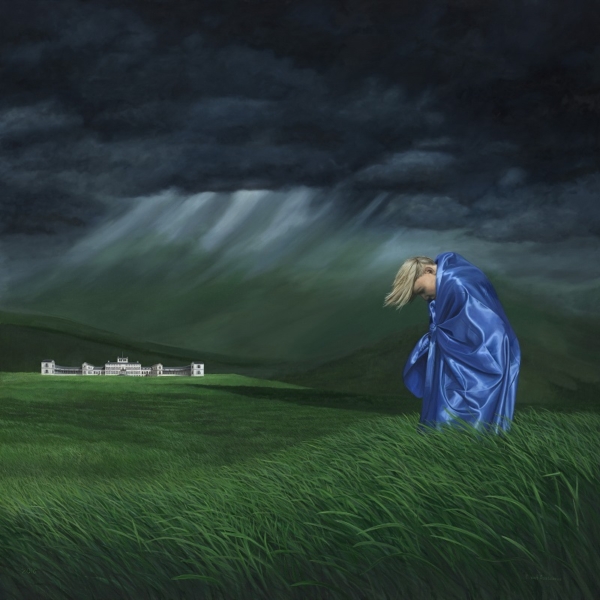 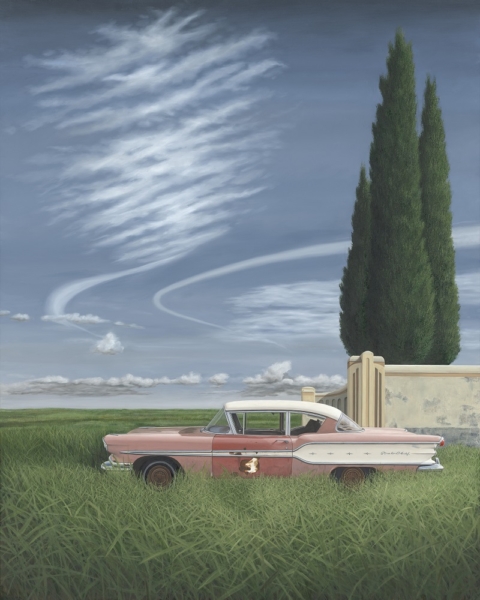 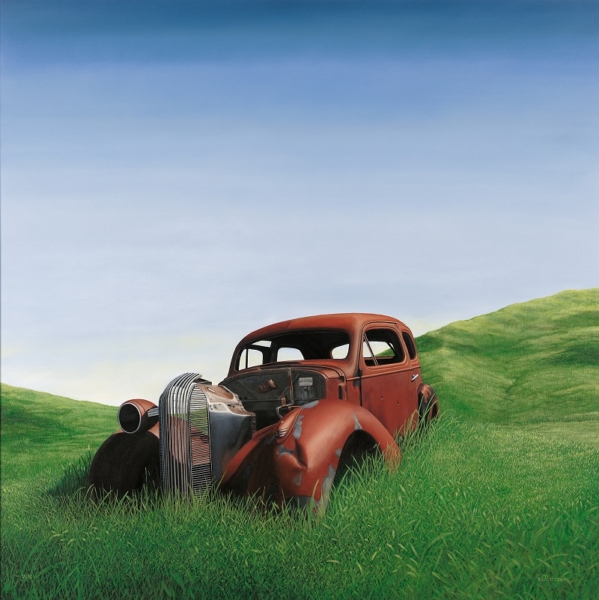